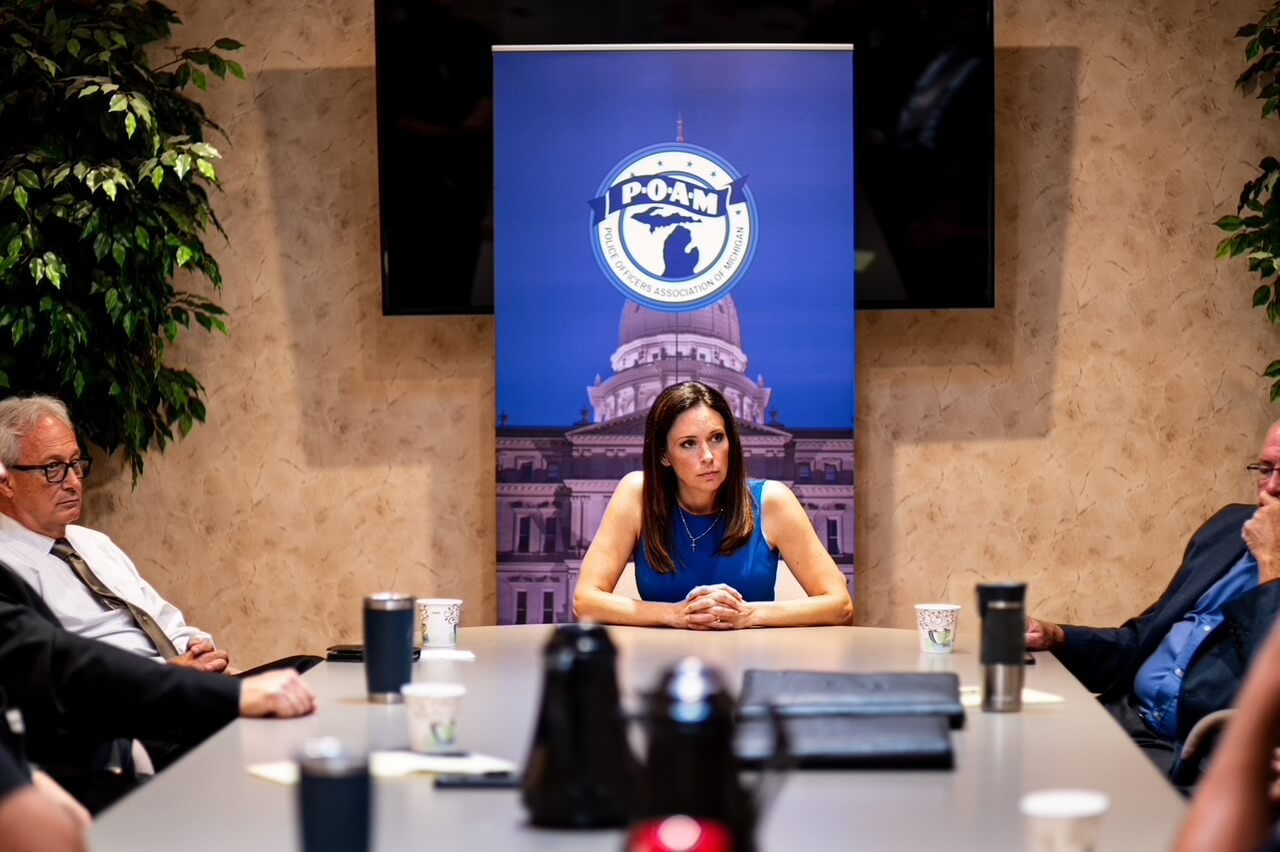 Some candidates would be angry or upset when a political ad is posted that speaks in riddles and says things they know are not true. Remember Winston Churchill’s famous line, “The best argument against democracy is a five-minute conversation with the average voter!”

Don’t be the average voter.

The Democrat Governors Association spent $2 million this week on an ad that gives a quote from 2017 which they claim means that Tudor Dixon will cut taxes in such a manner that it will cost thousands of state police jobs in Michigan. Why would the Democrat Governors Association spend $2 million on an attack ad prior to the Republican primary? Sounds like they want one of the candidates to win the primary. Sort of an expensive way to pick the opponent for your unopposed, incumbent favorite.

Tudor Dixon Speaks with POAM For a Law Enforcement Roundtable 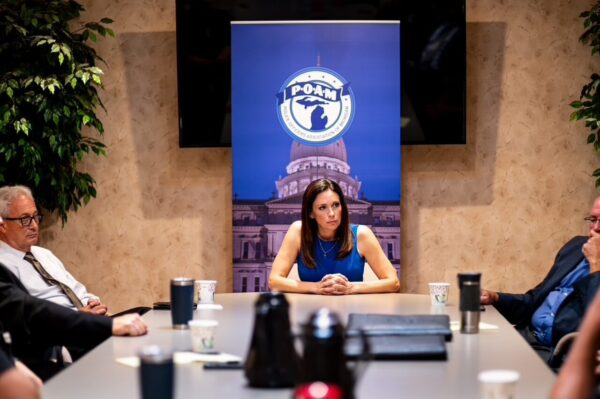 On July 27th, Tudor Dixon came to the POAM office to meet with and listen to chiefs of police and patrol officers about the things the police feel need attention. It was a magnificent exchange of ideas! So often we are promised money for recruitment and retainment, community policing, training, and equipment, and these promises are left unfulfilled. The chiefs were able to share the “fine print” that accompanies much of that money. For instance, you have to be “fully staffed” to use some of those funds. How many departments are “full-staffed?” One chief remarked that full staffing is 47 and he is at 39. He gets five applicants!

What became clear was that the lack of applicants (many academies are near empty), may be directly related to the lack of basic desire to want to be an officer. It goes further than wages and benefits. Two of the chiefs, who had long law enforcement careers, stated they would never let their children become police officers. One remarked that fleeing the police had gone from 15 chases in 2019 to over 90 in 2020. Simply put, there are no consequences to committing crimes. Writing tickets for arrested burglars? Just watch the news. 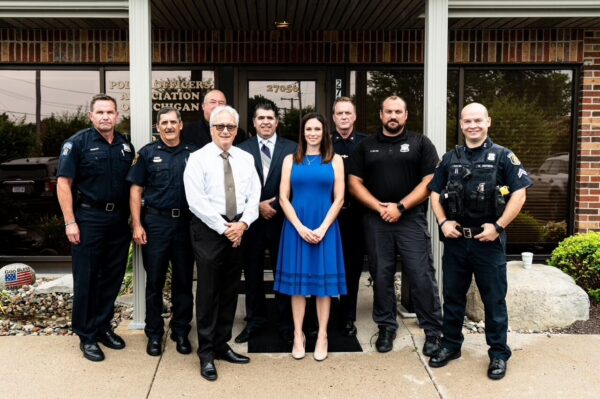 Tudor Dixon has a unique background which you can read about elsewhere but what became clear was that she believes this country was founded on the rule of law. Allowing lawbreakers to roam freely is what has caused the breakdown in cities like New York, Chicago, and Portland, among others. Michigan’s violent crime is up nearly 10% too. Assaults on police officers are up over 50%.

She believes that enforcing laws will restore freedom for those who live within the laws. She recognizes that this can be enhanced by having a leader in Lansing that believes in and supports the police. In time, the job may become more attractive. She understands the need for pensions and healthcare after your service. This is not a job for 65-year-old officers. Making the job more attractive will help to bring those young people who once admired the police back because those who are serving will have a sense of support from the elected leader instead of a leader who believes in the “spirit of defunding” or who writes glowing notes to the parents of a lawbreaker and fails to mention the officer who must fear prosecution for doing their job.

The Police Officers Association of Michigan represents 12,000 law enforcement members across the state of Michigan. We’ve endorsed Dixon for the Republican gubernatorial primary because she’s got our six.

Many thanks to Chief Nick Lentine and POA president Dustin Nelson from Redford PD, Romulus Chief Robert Pfannes and POA president Keith Haynes and Shelby Twp Chief Robert Shelide and Officer James Knobelsdorf for their participation! It was a lively discussion and Tudor Dixon shined throughout. She is the best Republican candidate in this primary election! Please vote and encourage your friends and family to do the same!