Dominic Tyner is a 10-year-old boy who suffers from Eosinophilic Esophagitis (EE) and complex 1 Mitochondrial disease.  His conditions prevent him from eating various foods, in which his body would attack his esophagus and cause severe pain.  Last year, after many long and scary trips to the hospital, his parents had to make the difficult to decision to keep their son homebound in an effort to keep him from getting sick. 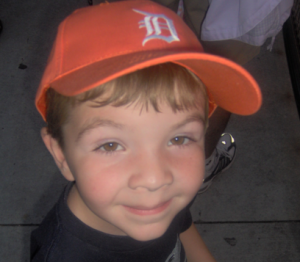 Dominic is an energetic, social kid who deserves something special for his 11th birthday.  Unfortunately, because of his condition it makes it almost impossible for his parents to have a birthday party for him.  However, there is a silver lining. Dominic loves getting mail. In an attempt to make their son’s birthday memorable, his parents are asking the public to send a card or a note to Dominic on March 27th for his 11th birthday.

If you’d like to help stuff Dominic’s mailbox on his birthday, send a note or a card to the following address:

Posted by POAM on February 28, 2014 under Current Events