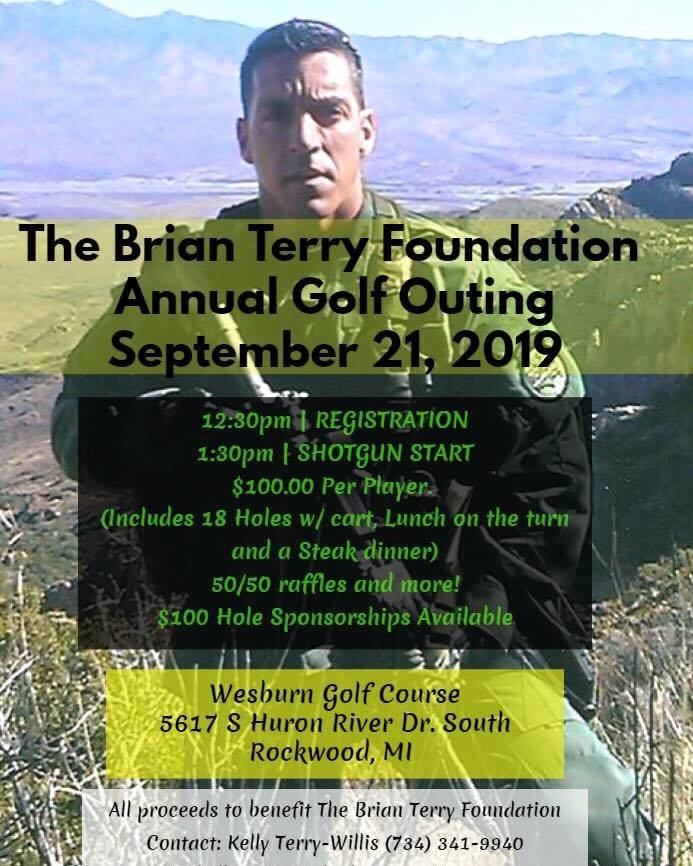 All proceeds will benefit the Brian Terry Foundation.

About the Brian Terry Foundation

For all questions and comments, please direct all responses to Kelly Terry-Willis by phone, (734) 341-9940. Learn more about this foundation by visiting their website.