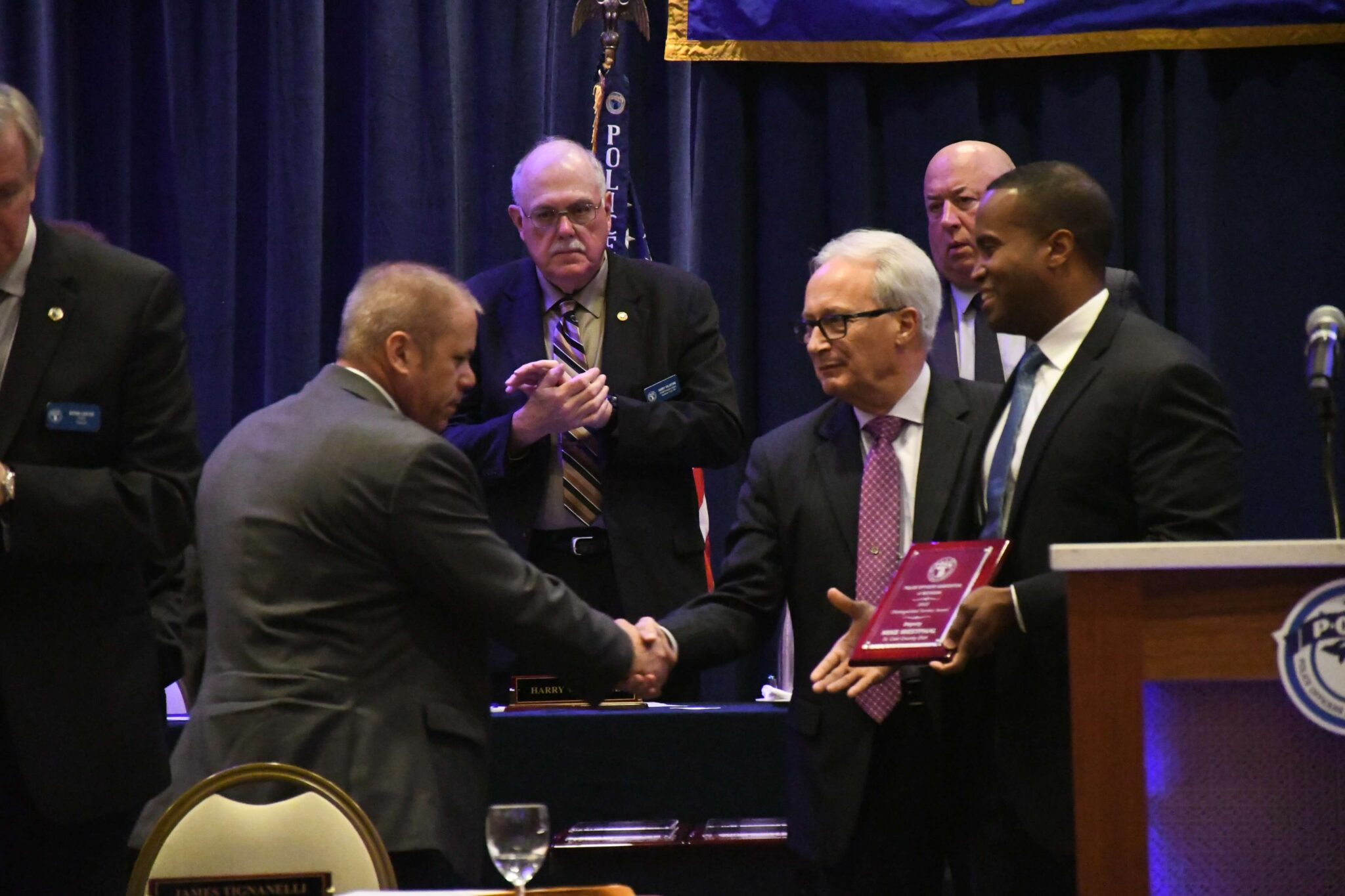 Every year, the Police Officers Association of Michigan recognizes those officers who have shown exemplary acts of bravery in service. These officers are conferred with the distinctive Police Officer of the Year Awards. One of this year’s award recipients is Deputy Michael Westphal of St. Clair County.

The following account is according to a report submitted to the POAM supporting the nomination for the 19-year-veteran of the department.

Deputy Westphal’s Pursuit of a Suspect

On December 5, 2021, at approximately 1630 hours, Deputy Westphal received information from an anonymous informant. This informant had information about a suspect who had several felony warrants out in the county and neighboring counties. According to this informant, the suspect would be at the Golden Crest Apartment in the Port Huron area. He also disclosed the details of the suspect’s vehicle and the apartment unit he was expected to show up in.

The Encounter with the Suspect

Standing within six feet of each other, the suspect pulled out a .22 caliber gun and pointed it directly at Deputy Westphal. Realizing he was in a threatening situation, Deputy Westphal drew back and took cover under one of the apartment buildings. Deputy Westphal tucked away his taser and replaced it with his issued handgun. He also radioed other units to inform them that the suspect now had a weapon. Although backup was on the way, Deputy Westphal could not waste time waiting, as he knew this man meant trouble.

At this point, he was able to subdue the suspect and ordered him to the ground. He searched the suspect and found the 0.22 caliber gun he held earlier. The suspect was taken into custody that day, and all the details of this incident were reviewed on the bodycam that Deputy Westphal was wearing. Because of his bravery and quick thinking, no lives were lost on that day, and justice would be served to the perpetrator who had eluded the hands of justice for so long.

Thank You for Your Service

The POAM recognizes your exemplary service that day and hopes your example will inspire others to show bravery in the face of fear. The POAM is glad to confer Deputy Michael Westphal with the Police Officer of the Year Award.